The engines in both the XR250R and XR250L are identical.
In the United States the L has a 3 mm smaller header pipe and a different carburetor to satisfy emissions regulations, though both carburetors have a 30 mm throttle body.

The engine has a four-valve head with splayed rocker arms to actuate the valves. Unusual for a single-cylinder engine, it has a two-into-one header pipe.

Throughout its production, The R version is kickstart only, features a six-speed transmissions with chain final drive, and has stator ignition.

For the pre-1996 models, the suspension travel was 280 mm (11 in) front and rear. The XR250R is the enduro (competition) model; however, the L version is electric start, with pillion pegs, softer suspension and lower seat height.

The changes between 1996 and 2004 consisted of decal updates, the mechanical parts being identical. 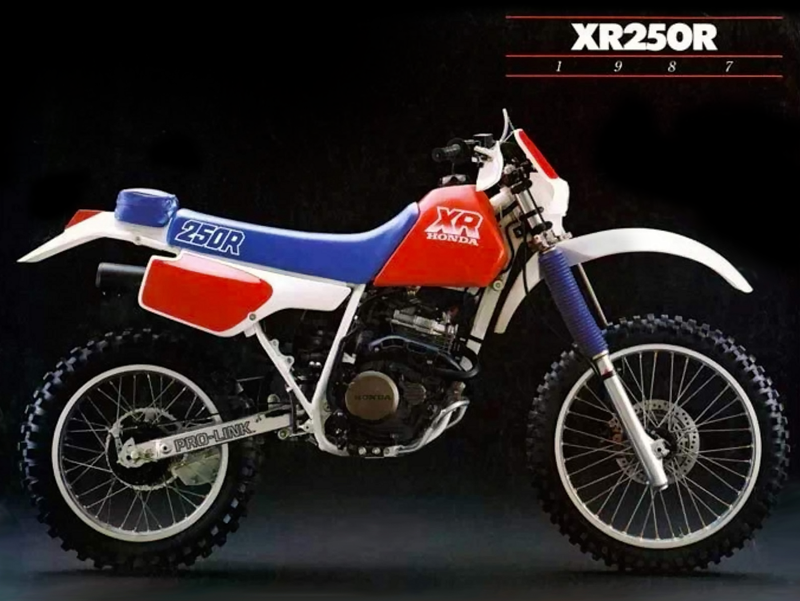